Sex, Drugs, and Rock & Roll: Why Edgy Gets Me Excited 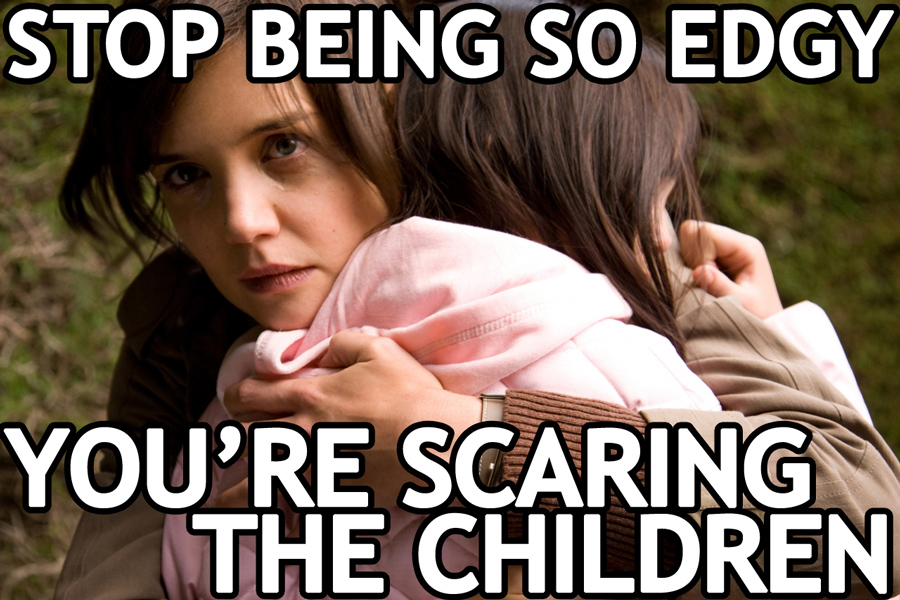 So, currently I'm reading Vanishing Girls by Lauren Oliver, and boy, am I smitten. The characters, story, and tension are all wonderful, but what really gets me are the parts most people may consider "edgy." I love the language-- the swearing is few and far between, but it feels accurate. The mentions of sex and sexuality, as well as what goes along with it-- sexual assault and porn to start. Then there's the drug mentions. One main character may only do a little pot or smoke cigarettes, but the harder stuff exists on the fringes-- it's there, mentioned in passing, just another part of the atmosphere.

But why do I love that this book touches on all of that? It's by no means an edgy story-- not about drug addicts or the like-- it's a story of sisters and their relationship. Truthfully, I may be a bit of an angst bunny. I love it when things get a little dark, but really, these things make books more real (when done well) because they were a part of my teenage experience. As a teenager, these things weren't the forefront of my life. I wasn't a druggie or had a lot of sex. In fact, aside from a little underage drinking I was a fairly straight laced kid. But I knew these things existed. I knew kids in my grade who would experiment with drugs, who were caught having sex in school (and thus, suspended). The gritty realities of life were in my line of sight, even if I didn't participate in them.

Perhaps that's why I'm so attached to VG. Most of the plot does not involve those things, but they do have an effect on their lives of the characters. As teenagers, sex, drugs and the like are relatively new experiences, and they don't always know how to react or how to stay away from them. After all, it can be hard to look away from a car crash. Even if you consciously know it is bad, you don't always have the willpower needed to turn away from it.

Yes, a lot of parents and publishers would like to keep YA fiction clean, hence why most of these subjects are referred to as "edgy." They tone down real life in the hopes of keeping teenagers naive for just a little longer. It's something that I'd consider "edgywashing," an attempt to focus in on things that won't be offensive. I have nothing wrong with a G rated story, but it often feels unreal, like the author has stuck blinders up on readers to only focus on certain areas of life. Sure, there's a time and place for it, but much like Hollywood's whitewashing, it feels as something's missing. When we get whitewashing, we ignore the diversity in our world and suddenly, a whole bunch of people don't have anything to relate to. Often, that is how I feel in an edgywashed story. Sure, I can enjoy the ride, but it's hard for me to relate to a lot of these characters. They feel unreal, because my experience as a teenager wasn't nearly as sheltered as some others'.

I know I'm not the only one who feels that way. I work in a residential treatment facility for traumatized children, who have come from horrible backgrounds. Some have been abandoned by their parents, abused in innumerable ways, others have serious addiction problems, whatever. These kids are definitely the exception to the rule, but they often relay a similar issue as many POC-- they don't feel like they can relate to characters in most fiction. They don't know what it's like to live in a normal house with normally functioning parents, something that can be found in many YA novels. Because they have a hard time relating, they don't pick up a book as often. It doesn't feel "real" to them. They want to read about characters who have similar experiences as they do, and they want to learn from how the character deals with that situation.

I'm not saying every book should have sex and drugs and rock and roll. There's a time and place for it, and there's a right way to do it. Some books definitely don't need it. But, there's a plethora of conflict within those subjects, innumerable things to be done with it and kids out there who need those stories-- not because they want things that are "cool" and "edgy," but because that is their lives, and they're trying to figure out how to deal with those struggles. They need to know they're not the only ones dealing with those issues, and that there is a way out. Because like POC, like LGBT, like children with disabilities, they just want to see someone like themselves in fiction. They want to know they're not alone.